A short overview of the TIMES Modelling Framework 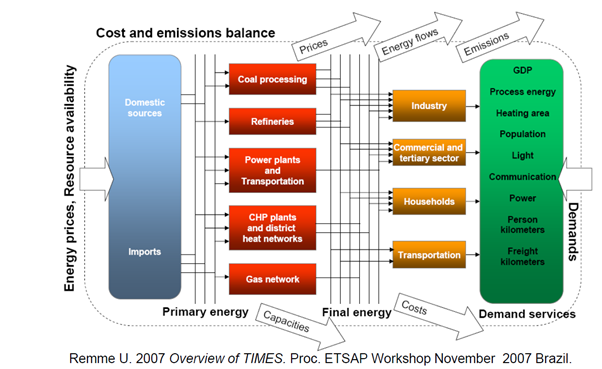 The Integrated MARKAL-EFOM System (TIMES) model generator was developed as part of the IEA-ETSAP methodology for energy scenarios to conduct in-depth energy and environmental analysis. TIMES combines two different and complementary approaches to modelling energy: a) a technical engineering approach; and b) an economic approach. It is used for the “exploration of possible energy futures based on contrasted scenarios (what-if analysis)”.

TIMES is an open-source technology-rich bottom-up framework written in GAMS. It uses linear programming to produce a least-cost energy system, optimised according to a number of constraints and over medium to long-term horizon (yearly scales).

A typical TIMES-based model encompasses all the steps from primary resources through the chain of processes that transform, transport, distribute and convert energy into the supply of energy services demanded by consumers. On the energy supply side, it comprises fuel mining, primary and secondary production, and imports/exports of energy carriers and fuels. These are delivered to the demand-side, which is structured sectorally, for example into residential, commercial, agricultural, transport and industrial sectors.

TIMES finds an economic equilibrium that determines what technologies are competitive, marginal or uncompetitive in each energy market. The equilibrium is driven by the maximisation of the discounted present value of total surplus, representing the sum of surplus of producers and consumers, which acts as a proxy for welfare in each region of the model (practically, the linear programming minimises the negative surplus, which is then called the system cost). The maximisation is subject to many constraints, such as: supply bounds (in the form of supply curves) for the primary resources, technical constraints governing the creation, operation, and abandonment of each technology, balance constraints for all energy forms and emissions, timing of investment payments and other cash flows, and the satisfaction of a set of demands for energy services in all sectors of the economy. The evolution of techno-economic attributes of technologies, together with the evolution of input and output energy commodities’ prices, determine changing cost-benefit conditions over time.

The TIMES modelling framework can be deterministic or stochastic. In the latter case stochastic programming is applied via scenario trees to capture both long- and short-term uncertainties (e.g. climate policy or weather effects). A recent extension of TIMES also includes representation of the topology of the electricity grid, residual load curves, demand shifts, a linearised approximation of the unit commitment problem, as well as the introduction of ancillary services markets (reserve markets) that complement the energy markets.

Short description of the JRC-EU-TIMES Model

The JRC-EU-TIMES energy systems model is an open-source and bottom-up partial equilibrium framework that minimises the system cost of the whole European energy system. It follows the paradigm of the TIMES model generator from the ETSAP Technology Partnership of the International Energy Agency, which combines a detailed technology specification with an optimisation approach. The JRC-EU-TIMES model considers both the supply and demand sides and includes the following seven sectors: primary energy supply; electricity generation; industry; residential; commercial; agriculture; and transport. The model solves for the cost optimum investment portfolio of technologies for the entire period under consideration, along with the supply chains, while fulfilling the energy-services demand. This implies simultaneously deciding on asset investments and operation, primary energy supply and energy trade. JRC-EU-TIMES is an improved offspring of previous European energy system models developed under several EU funded projects. The Joint Research Center (JRC) of the European Commission was a partner in the NEEDS project in which the Pan European Times model was originally developed. Since then, the original project partners have developed different versions of the original model some of which are being used for EU funded research projects. The JRC-EU-TIMES model has been further developed over the last years JRC unit C.7. The baseline scenario of JRC-EU-TIMES is always aligned to the latest EU reference scenario. The model can be used to assess which technological improvements are needed to make technologies competitive under various low carbon energy scenarios.

As a partial equilibrium model, JRC-EU-TIMES does not model the economic interactions outside of the energy sector. However, the macro-economic feedback between the economy and energy systems is considered through price elasticities of service demands. Moreover, it does not consider in detail the mathematical formulation underlying demand curves functioning and non-rational aspects that condition investment in new and more efficient technologies. Such issues have to be dealt with via exogenous constraints to represent non-rational decisions. The most relevant model outputs are the annual stock and activity of energy supply and demand technologies for each region and period. This is accompanied by associated energy and material flows including emissions to air and fuel consumption, detailed for each energy carrier. Besides technical outputs, the associated operation and maintenance costs, the investment costs for new technologies, all energy and materials commodities prices (including for emissions if an emission cap is considered), are obtained for every time step.

The JRC-EU-TIMES, via the endogenous trade of energy carries and certificates and policy simulation of the EU member states and Switzerland, captures the interdependencies between the energy systems of the modelled countries.

The model is built with a time horizon 2015 – 2075, with optimisation accounting for annual and sub-annual operations. JRC-EU-TIMES provides annual outputs from 2015 until 2075 for every 5 year time step (e.g. 2015, 2020, 2025, etc.). Each year is divided in 12 time-slices that represent an average of day, night and peak demand for every one of the four seasons of the year (e.g. summer day, summer night and summer peak, etc.).

The JRC-EU-TIMES model estimates the following emissions: carbon dioxide (CO2), carbon monoxide (CO), methane (CH4), sulphur dioxide (SO2), nitrogen oxides (NOx), nitrous oxide (NO2), particulate (PM 2.5 and PM 10), volatile organic compounds (VOC), sulphur hexafluoride (SF6) and Fluor carbons (CxFy). For combustion emissions, coefficients are declared by fuel, and in some cases by region, resulting in emissions at each process that consumes them. For process-specific emissions, coefficients are declared at the process level and vary with the process' activity (e.g. Mt on produced cement clinker). This is the case of process emissions for cement, glass, ammonia and steel production and for the refining, transport and distribution of petroleum products. Land-use emissions are not considered in the model.

Uncertainty surrounding key input parameters can undermine the confidence in complex models such as the JRC-EU-TIMES. By characterising how the model behaves in response to changes in key parameters, sensitivity analysis provides useful insights into these uncertainties and contributes to the robustness of modelling results. Besides performing sensitivity analysis with systematic variation in exogenous parameters, TIMES models in general are equipped with several endogenous approaches allowing dealing with uncertainty. These include the following possibilities that can be implemented in JRC-EU-TIMES: running in stochastic mode, running in myopic mode, performing Monte Carlo analysis and using the endogenous technology learning module. More information on these possibilities in TIMES models can be found on the ETSAP website. The relatively short running time of JRC-EU-TIMES allows for the implementation of these features without substantial major effort. 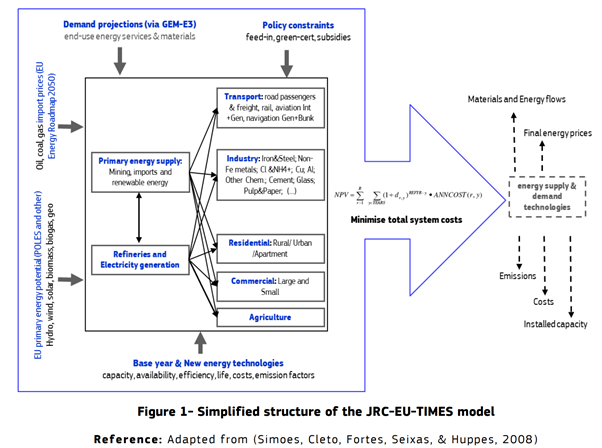 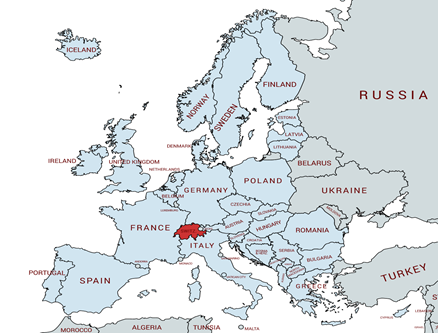 Objectives
Models
Who we are

The POLIZERO project has received funding
from the Swiss Federal Office for Energy.